Rev. Jesse Lee Peterson appeared in Dallas, Texas, August 26, 2022, for the World Premier of Uncle Tom II. (UncleTom.com) See below for a special deal on the film! 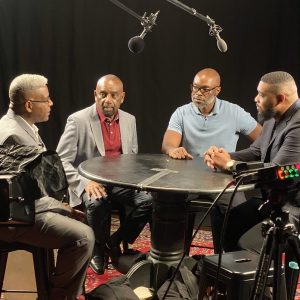 At the event, Jesse Lee participated in a roundtable discussion alongside Col. Allen West, commentator Anthony Brian Logan, former Officer Brandon Tatum, and producer Chad O. Jackson (not pictured). Jesse tweeted a photo on Twitter at the time (seen at right), although any recording of the event may not be public at this time.

Uncle Tom II is an odyssey depicting the gradual demoralization of America through Marxist infiltration of its institutions. The film explores how this deceptive ideology has torn apart the fabric of society while using black America as its number one tool for its destruction.

Jesse Lee Peterson also appeared in the original Uncle Tom (2020) film, which was great. But this one, Uncle Tom II, is amazing! 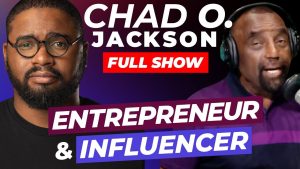 Warning: In this interview, Chad Jackson discusses what Dr. Martin Luther King, Jr., was really about! Some may be shocked by the information!