Michael Gallagher-Ashurst Was A SJW BETA!

Today’s guest was Michael Gallagher-Ashurst; he is an Internet personality who is popular on the Web for his satirical Facebook videos on social justice issues. Him and Jesse discuss the topics of toxic masculinity, feminism, relationships, and abortion.

Jesse asks him about his upbringing and if he considers himself a man. Michael responds by saying he was raised by his mother and that his father was a toxic male.

ARE YOU A REAL MAN? 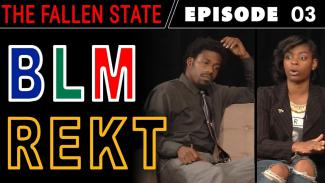 Blacks in the Ghetto Talk to Jesse Lee Peterson